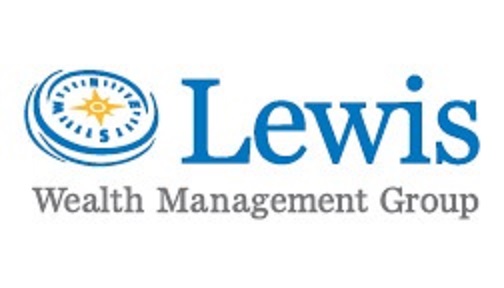 Not a big brokerage company. We are a family-owned and operated investment advisory firm. We are fiduciaries which means we have to act in our clients' best interest.

Our founder, Paul Lewis has been servicing clients for over 40 years.  We help our clients with their retirement planning, wealth management, estate planning, and any other financial goals they have. When developing a financial plan, we put extra emphasis on executing that plan. Whatever stage in life you are in we can help you achieve your financial goals. Whether you just got out of college and are starting your first job, just got married and are starting a family, having kids and are starting to save for their college fund, getting ready to retire, or are retired and need your money to last, we are here to help.

The content and information in this presentation should be considered educational and limited to the dissemination of general information and does constitute specific investment advice, tax or accounting advice, legal, insurance or regulatory advice or an offer or a solicitation of an offer to buy any security.

IT DOESN'T COST YOU ANYTHING TO KNOW WHERE YOU STAND

Check the background of your financial professional on FINRA's BrokerCheck.

Lewis Wealth Management Group offers Investment advice through Belpointe Asset Management, LLC, 500 Damonte Ranch, Parkway Building 700, Unit 700, Reno, NV 89521 (“Belpointe”). Belpointe is an investment adviser registered with the Securities and Exchange Commission (“SEC”). Registration with the SEC should not be construed to imply that the SEC has approved or endorsed qualifications or the services Belpointe offers, or that or its personnel possess a particular level of skill, expertise or training.  Important information and disclosures related to Belpointe are available at http://www.belpointewealth.com/disclosure/. Additional information pertaining to Lewis Wealth Management Group and/or Belpointe’s registration status, its business operations, services and fees and its current written disclosure statement is available on the SEC’s Investment Adviser public website at https://www.adviserinfo.sec.gov/.